This year, SmartClass+ discontinues the use of Adobe Flash Player

The History of Adobe® Flash Player 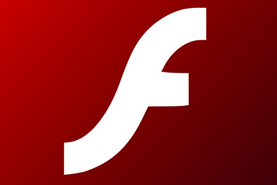 In the years that followed, many other industry mavens and pundits voiced similar concerns, particularly with Flash Player’s susceptibility to being hacked for the purpose of running malware.   The underlying message was that Flash Player was no longer the best option for website video and animation, as open standards like HTML5 were beginning to offer similar capabilities.

In 2017, Adobe Systems announced its intention of hastening the EOL (End of Life) for Flash Player by the end of 2020, and threw their support behind HTML5 as the new standard for website video & animation.

ActionScript 3 - The Technology Behind Flash Player

The programming language most often used to integrate Flash Player into websites is called ActionScript, (similar to JavaScript).   Adobe Systems introduced ActionScript 3 in 2006, and this version continues to be widely used today.

ActionScript 3 is the programming language that Adobe Systems used to support Flash Player and still uses today to support one of their newer video/animation packages called Adobe AIR.

It is important to understand that there is a difference between running Flash Player in a browser environment and running ActionScript 3 in stand-alone closed application.   ActionScript 3 in itself has no negative connotations.

The first SmartClass+ application using Adobe AIR for Windows was released in March, 2014.  In the following year, AIR-based student applications were introduced for MAC, Android and iOS.

SmartClass+ teacher applications and some student Windows-based applications now use ActionScript 3 in a closed environment.

The only remaining SmartClass+ browser-based, Flash Player application is the student Web application, which will be discontinued as of the end of 2019.  This will be replaced with a simplified auto-downloading set of AIR-based applications which run outside of the browser.

Note: due to the COVID-19 pandemic, delivery times for these new versions could be affected.